If, as you are reading this, you are about to sit down to your thanksgiving meal, may we say on behalf of the whole Idler family: we hope your feast is bountiful and your holiday cheerful and serene. 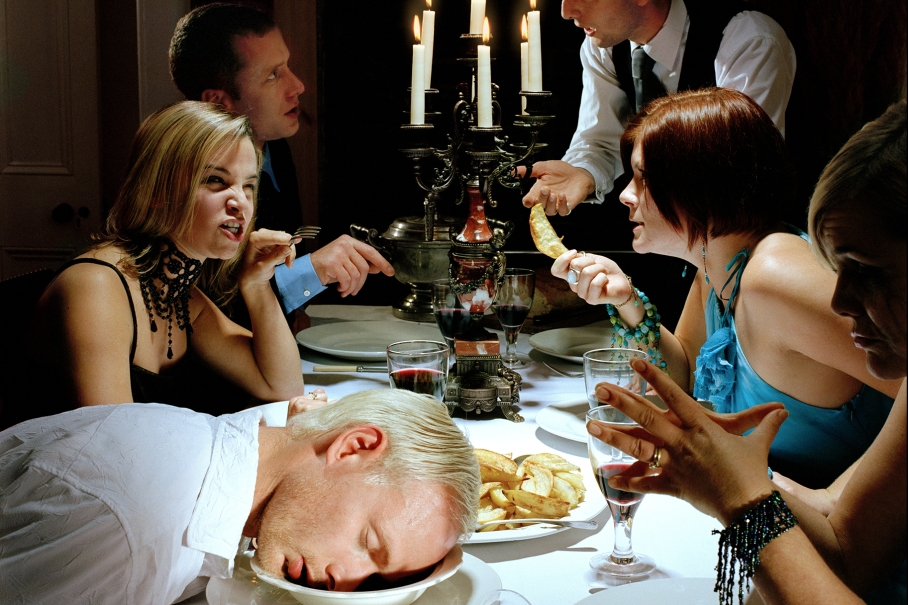 Of course, for that latter scenario to materialize, you’ll have to bind and gag all of the political extremists among the guests and, given how their numbers have grown in the past year, you’ll probably run out of rope At least you’ll have most of the turkey to yourself.

This is not helping our holiday disposition.

We think it’s a good sign that the winning Republicans are starting to quarrel among themselves and that the losing Democrats are starting to gear up for the 2020 presidential election as well as the 2018 midterms. The 2016 election is over. If your side won, enjoy it because the pendulum is bound to swing back the other way. If your side lost, you have nowhere to go but up.

Meanwhile, what to do about the diehards at your holiday event? The Idler can help:

If none of these work, go back to #1, go ahead and hand off your car keys and get smashed.

In last week’s column we reported on convicted felon Anthony Weiner’s appeal for pen-pals as he was hauled off to a federal detention center. Seeing it as an opportunity to leaven justice with mercy, we transmitted several items of correspondence in a segment we entitled, “Hey Weiner!” More have arrived, which we feature in this week’s edition of, “Hey Weiner!”

Hey Weiner: I do not wish you any harm, my friend, but I must tell you that I am the true Carlos Danger, proud bearer of the Danger name which had gone unblemished down through the generations until you came along to drag it through the mud. The entire Danger family breathed a sigh of relief when your were convicted and sentenced! <signed> Carlos P. Danger

Weiner: Carlos, bubeleh, my sincerest apologies! My appeal attorney and I were just discussing our next moves when someone wondered aloud if there was a “real” Carlos Danger. Funny how things just seem to pop up for me sometimes. I hope you don’t mind if my lawyer calls you, and don’t worry, he won’t be recording it or anything.

Hey Weiner: A word to the wise from an old ex-con: Don’t tell anybody you’re in there for “tweeting.” Sounds too much like singing. Also, don’t offer to show anyone your “selfie.” The average inmate may not be up to date on social media jargon.

Hey Weiner: Ask them if they’ll give you Manson’s old cell. That’d be awesome.