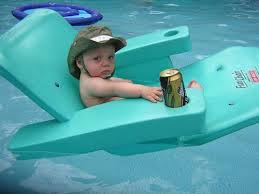 See what we did there? How it kinda rhymed n at? You can read all about it in an article that originated with the Associated Press and is published in US News. Which means it stands a good chance of not being fake news, although there are no sure things these days.

Bearing the title, “Hammocks Over Hikes This Summer” the article declares: “A new poll about summer travel finds the No. 1 thing people want to do on vacation is … nothing.” The poll comes courtesy of The Associated Press-NORC Center for Public Affairs Research which you have to admit sounds about as authoritative as it gets.

So it’s official: Everyone wants to be an idler.

The article goes on to say, however, that the majority of people polled (and we all know how painful that can be) are quick to point out that although they want to do nothing, they want to do it someplace else. And this, assuming someplace else doesn’t mean back porch instead of front, requires travel. Come to think of it, though, when we saw the Arnold Schwarzenegger movie “Total Recall” back in the 90’s, we thought by now we’d totally be taking vacations by means of brain implants or something. Not that it worked out so great for Arnold. If only he had left well enough alone he could have gone on doing, you know, whatever with fake wife Sharon Stone. But no-o-o-o, he had to go blow up the brain-zapping machine trying to get a phony Mars trip. Come to think of it, that was a pretty weak part of the plot – here’s a guy who has to be tricked into fooling around with Sharon Stone.

Anyway, let’s say we’re only talking about gassing up battlestar galactica for a run to Conneaut or Pymatuning. Here’s where you have that sciatica flare-up that will require the missus to drive while you assume the fetal position in the back seat. What’s that? The frau isn’t such a great driver? Macht nix, alten Kumpel, 79 is going to be traffic cones from the turnpike to 80, so as long as you’re in neutral you might as well catch some Z’s.

What about a spin out to Ohiopyle or Confluence? Same deal because you’re not going to want to be driving behind the tractor or school bus for one of those half hour pulls up a 45 degree grade.

Alright, then, what if we want to do nothing farther away, say down in Myrtle or way down in Florida? Simple, you book one of those cheapo airlines out of Latrobe. There are, however, a few catches which your old pal the Idler will guide you through. First, if you want to fly on a Saturday morning so as to arrive at your destination for the start of the reservation week, i.e., Saturday noonish, you’re going to have to book your flight approximately 18 years in advance. So you can’t get there exactly when your rental is available. There are a million motels, you know. One night in a Days Inn won’t kill you.

Another tip for cheapo airlines. Don’t take any luggage.They’ll charge $60 to fly you and $90 to fly your suitcase. Taking nothing also simplifies the boarding procedure since there’s nothing to inspect besides yourself and your backpack. What about your clothes?

We know the ladies won’t buy this, but let’s face it, the wardrobe requirements for doing nothing are pretty simple. Shorts, T shirt and flip flops, right? You can buy a complete ensemble at the beachside gift and junk shops for practically nothing.

Let’s take Myrtle beach as an example. Transportation when you get there? An Uber from Myrtle Beach International Airport to the Gay Dolphin on the boardwalk is about $10. About the price of a good mojito.

So you’re there, on the beach or poolside, rocking a chaise longue and a refreshing beverage. You can permit yourself one bit of exertion by snapping your fingers to this theme song which we just thought up: