It’s been a long Winter here at the Idler household, and you know what we’ve been doing the whole time? Idling, what’d you expect? A person should do what he or she does best, but the problem with idling, even when done at our extraordinarily high level of expertise, is that it doesn’t involve much exercise. Thus we have found, to our dismay, that prolonged periods of idling can result in depletion of one’s physical stamina to such a degree that we often need to pause to catch our breath while playing certain games. Like Scrabble. In between letters. We’ve noticed some other symptoms. 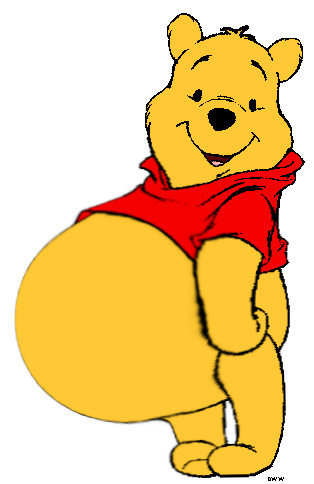 The effort expended in hoisting more than a half dozen goldfish – the Pepperidge Farms kind – to our mouth often requires some recovery napping. We have therefore gone to Cheetos which seem to carry less mass.

We’ve stopped buying beer in the 16 oz. cans due to muscle strain.

We had to have new shocks & struts installed on the recliner. Also that handle thingy really needed some 3 in 1.

And what about our beard – An expression of personal style? A way of protecting of our rugged good looks from the elements? Or were we just worn out from all the shaving?

Well we don’t want to go all Richard Simmons on you – wait, was he kidnapped by his maid or something? – but it occurs to us that Summer idling can be a lot more strenuous than the Winter variety. For one thing, you’ll be watching games live, outdoors, in the open air, where there’s no A/C. There are stadium stairs to negotiate, not to mention expansive parking lots, and when the beer-man fails to show, fans have been known to leave their seats to scour the concourse. Instead of an easy-to-handle frosty mug, you’re struggling with the snap tabs. Even with Little League games, there’s that arduous trek from the parking lot to the backstop. It can be exhausting.

The message is, you ought to consider joining a gym, at least temporarily, to get in shape for the frenzied activity described above. But first you’ll need to prepare. Because the gym can be confusing to the neophyte/outsider.

Like most closed societies, it has developed a language and customs all its own, To aid in your journey to idler fitness, here are a few terms you’ll need to know and understand:

Free Weights – this refers to the blubber you strap on when some painfully thin visitor drops off a couple dozen free (and irresistible) donuts.

“Give me a spot, bro’” – This is something a fellow gym denizen will ask you when he’s about to hoist an absurd amount of weight into the air, usually while lying face up on a bench, in the hilariously mistaken belief that if it falls on him and begins to strangle him to death, you will be able to lift it off his neck.

Reps – This is a common gym turn that refers both to members of the House of Representatives and to the weights used by gym-goers. Synonym: dumbbell

“Dude, what’s your max?” – This is a way of inquiring about the highest total you’ve ever lifted in a particular category of weights. Whatever the true number is, you are expected to add an additional zero or two.

Ripped – What happens to the exercise sweats that fit you so well last Summer.

Circuit – A series of different exercises that are performed back to back with little to no rest by people who like to show how much fitter they are than you. You should offer to “spot” (see above) whenever possible.

Shredded – What will spontaneously happen to any Spandex apparel that comes within 6 feet of you.

Resistance Training. – The natural revulsion you feel (resistance) to any form of regimented, strenuous activity (training). This is a quite natural response, but one which you will need to temporarily suppress.

Armed with these insights you should be able to achieve a level of fitness that will soon have you standing upright unaided for minutes at a time, and eventually allow you to tie both shoes interrupted by only a brief rest period.